For each International AIDS Conference, a Conference Coordinating Committee (CCC), comprised of a diverse group of international experts, is appointed. It sets overall conference policies and priorities and ensures that the conference pillars of community, leadership and science are reflected across the agenda. Representing the host cities of Oakland and San Francisco, Cynthia Carey-Grant and Monica Gandhi will join IAS President Anton Pozniak in leading the AIDS 2020 CCC.

Advocate for women, communities of colour and justice 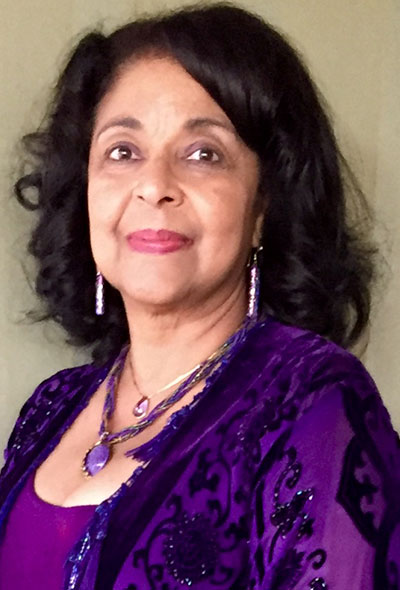 Cynthia Carey-Grant comes from a long line of nurses. She might have followed the family path, “but I’m squeamish at the sight of blood,” she said. A self-proclaimed child of the 1960s who came of age during the height of the Black Power and women’s empowerment movements, Carey-Grant moved to Oakland more than 20 years ago.

She first encountered the AIDS epidemic while living in the Southern United States in the 1980s. “This unnamed disease was affecting gay men, especially black gay men,” she said. “And we weren’t yet thinking of the effects on women.”

Carey-Grant has built a career around thinking about women and their access to healthcare. Before entering the field of HIV, she worked at Planned Parenthood and served as Manager for Women’s Health for Northern California at Kaiser Permanente.

In 1994, she travelled to Egypt as part of a non-governmental delegation to the International Conference on Population and Development. The experience she had there, surrounded by women from all corners of the globe and all walks of life, changed her life.

“I learned so much from women who had to make limited resources go very far,” she recalled. She returned home recommitted to reproductive justice, a movement founded on the belief that women should have a choice over what happens to their bodies.

“When I went to Cairo in 1994, we weren’t talking about the high rates of death among African American women in the US or the impact of HIV on African Americans. We weren’t talking about health disparities,” she said. “Black women in the US are still almost 20 times more likely to acquire HIV than a white woman. This disparity has changed very little over a decade and is most impactful on those women who live in the Southern United States.”

As the AIDS 2020 Local Co-chair, Oakland, Carey-Grant is excited that women and men in her community, who might not otherwise have the opportunity to travel to an international conference, will have a global forum come to them. “I know what participation has done for me and my growth as a person,” she said.

She is particularly excited that the conference will take place just months before the next presidential elections. “The timing is important for people in the US to have a broader global perspective.”

In September, the city of San Francisco reviewed new citywide HIV data and announced that there were just 221 new HIV infections over the past year, the lowest number since the epidemic began. Yet instead of celebrating this milestone, advocates, scientists and researchers immediately began digging into the numbers.

“It led to a deep dive into who was being left out, such as the homeless population of San Francisco,” Monica Gandhi explained. She is an HIV clinician and researcher who moved to the Bay Area for her medical residency in 1996 and never left.

“It’s exciting to be in San Francisco. I have not ever seen this city self-congratulate or pat itself on its back – instead the conversation is always focused on how we can do better, and what we can do to address disparities. I am also really excited about new Oakland/San Francisco connections that will be forged by this meeting.”

This dynamism has paid off: San Francisco is on track to reach zero new HIV infections by 2020, clearing one of its ambitious “Getting to Zero” targets that also seek to eliminate HIV-related death and HIV stigma.

As an Indian American who grew up in Utah, Gandhi is no stranger to stigma. “I experienced a lot of racism growing up,” she said. “I’m motivated by social justice.”

As part of this motivation, she strives to provide quality care to all patients and do what she can to relieve stigma. “I can’t think of many other disease states in the world where a patient is blamed for his or her disease,” she said. “When I’m seeing a new patient living with HIV, the first thing I say is, ‘This is not your fault and my hope is that everything we do will help HIV become a routine part of your life and not what you think about every day.’ That’s my job as a clinician.”

In addition to directing a large public-health funded medical clinic in San Francisco, Gandhi stays connected to her Indian roots through her research. She travels regularly to Bangalore, where she co-leads a project supported by the US National Institutes of Health. The study examines challenges that patients paying for mid-level private healthcare face in staying on HIV treatment. “Stigma infiltrates every aspect of HIV in India,” she noted.

As the AIDS 2020 Local Co-chair, San Francisco, Gandhi looks forward to hosting the global community in the Bay Area. She describes it as a place that “resists bad policies” and “a place of comfort” to those disheartened by national politics in the US. “I hope this place can provide international delegates a place to think creatively about disparities and how to address that we still have “Miles to Go” before we rest.  There is no question in my mind that we will eventually get there, but there is still work to be done.” 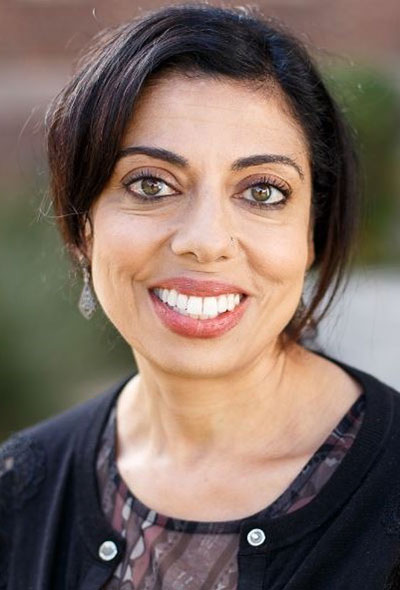 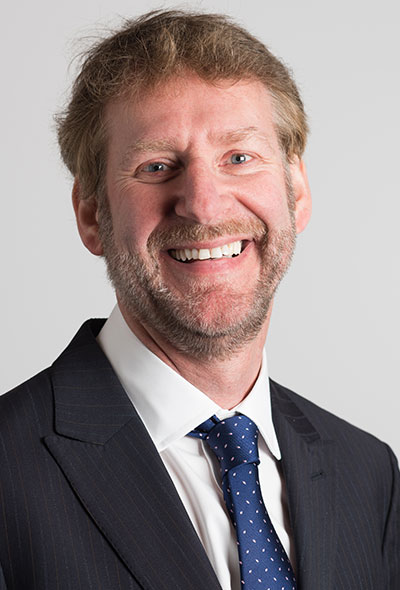 Anton Pozniak attended his first International AIDS Conference in San Francisco in 1990. Thirty years later, he will return to the Bay Area as IAS President and International Chair of the conference.

Pozniak has been involved in the HIV field from the earliest days of the epidemic. In 1983, while completing his medical residency in London, he encountered one of the first known cases of HIV in the United Kingdom. “Of course we didn’t call it that then,” he said. “We didn’t know what to call it. My supervisor just said, ‘That guy has pneumonia. A few years later my hospital had the first HIV dedicated ward opened by Princess Diana.”

Originally from the midlands of England, Pozniak’s career eventually took him to Zimbabwe to work on tuberculosis. “We were told by the government that there was no HIV in Zimbabwe,” he said. “But of course that wasn’t the case.”

Pozniak travelled from Africa to San Francisco to attend the 6th International AIDS Conference in San Francisco. Only seven years had passed since seeing his first patient in London and he was amazed at how quickly the HIV field had sprung up to confront the epidemic. “It was very exciting to be in San Francisco,” he recalled. “There was a lot of activism and energy every time you went in and out of the conference.”

Three decades later, as an HIV researcher and the head of Europe’s largest specialized HIV treatment centre, Pozniak still finds the Bay Area exciting. “The science base is enormous,” he said. “They are involved in every aspect of the epidemic, from vaccines to drug development.”

He is particularly encouraged by the dual hosting by Oakland and San Francisco. “San Francisco is a shining example for all cities in the work toward a global response,” he said. “And having the conference in both cities will highlight important issues, especially in Oakland, of the need to expand access to care, roll out pre-exposure prophylaxis and provide sustainable care to black gay men.”

Progress from one conference to the next keeps Pozniak going. “I’m not a gloom and doom guy,” he said, adding that he hopes to see updates on getting more people on treatment, advances in cure and vaccine research and differentiated care to keep people on treatment at AIDS 2020. “I’m very optimistic about the future”.

Because these cookies are strictly necessary to deliver the website, refuseing them will have impact how our site functions. You always can block or delete cookies by changing your browser settings and force blocking all cookies on this website. But this will always prompt you to accept/refuse cookies when revisiting our site.

We fully respect if you want to refuse cookies but to avoid asking you again and again kindly allow us to store a cookie for that. You are free to opt out any time or opt in for other cookies to get a better experience. If you refuse cookies we will remove all set cookies in our domain.

We provide you with a list of stored cookies on your computer in our domain so you can check what we stored. Due to security reasons we are not able to show or modify cookies from other domains. You can check these in your browser security settings.

We also use different external services like Google Webfonts, Google Maps, and external Video providers. Since these providers may collect personal data like your IP address we allow you to block them here. Please be aware that this might heavily reduce the functionality and appearance of our site. Changes will take effect once you reload the page.